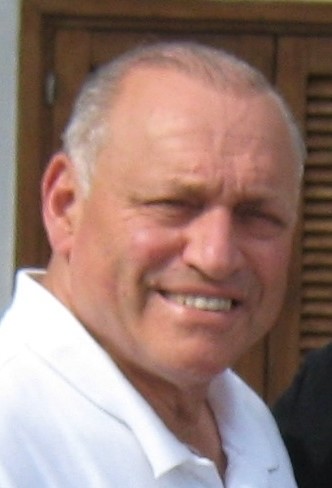 Funeral services will be forthcoming.

William Iacobellis died suddenly in his sleep on July 27, 2020 after suffering from the complications of diabetes. Terry, his wife of 48 years, was at his side. Throughout his long ordeal he remained optimistic and good natured always looking forward to better things which included spending time with his son Bill (Kim) and daughter Kate (Jim) and especially his 6 grandchildren, Megan, Aubrey, James, Katherine, Thomas and Genevieve.  Ordained to the Permanent Diaconate, he had a steadfast faith that was at the core of his life.  Preaching at St Vincent de Paul came naturally where he served active ministry from 2004 until retirement due to heath concerns.

Born in New York, to William and Antoinette, he enjoyed life with his siblings Frank, Delia, Jeanne, Stephen (predeceased) and Tom. His childhood was filled with love, mischief, and faith.

As a young child, Bill discerned a vocation to the priesthood and studied at Marist Seminary in Massachusetts during his high school years.  After leaving the seminary, he attended Villanova University and graduated from Marist College where he met his wife Terry and they began a life together.  Bill spent his  career in the automotive field and quickly rose to management.  He was the General Manager for the Pray Organization in Greenwich CT for many years and, in 1995, moved to PA as Director of Used Cars with Sussman Automotive.  After retiring from the demands of sales, he tried his hand at various semi-retirement jobs which he enjoyed, because it provided him an opportunity to meet new people.  Always warm and friendly, he made everyone feel comfortable and laugh.  He would say that humor was his ministry.

Bill had many interests including playing sports.  He was the goalie in high school ice hockey, in college he played football and was called a “monster” defensive back.  Bill was a fan of all New York teams and a box score devotee. Bill played alto sax, and immensely enjoyed listening to all genres of music from opera to country, church to patriotic, and everything in between. He loved Broadway musicals, had vast knowledge of and love of dog breeds, an unquenchable interest in the space program and enjoyed his favorite magazine, Air & Space. Above all, Bill loved his Catholic Faith and his family, especially his wife, children and grandchildren.

In his younger years, Bill was full of boundless energy and later managed to maintain that spirit of enthusiasm, good humor, and a positive attitude that carried him throughout his entire life especially when physical ailments could have gotten the better of him.  He was a force with a gentle spirit that leaves a big void in our lives.  Trusting in God’s mercy that Bill has eternal peace, we continue to pray for each other.

Funeral services will be forthcoming.

In lieu of flowers, memorial contributions may be made to the Legacy of Life Foundation at 25 S. Main St. in Yardley, PA 19067.