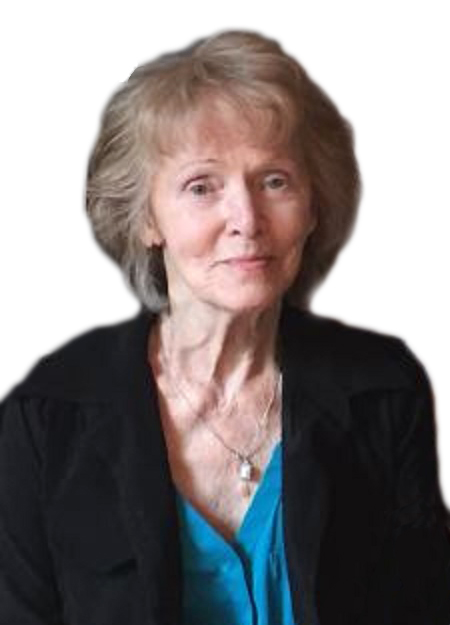 Elizabeth Catherine Forte (Kelly) died peacefully on June 22, 2020 with her loving husband by her side. She was 83 years old.

She was preceded in death by her mother and father, the late Joseph and Veronica McGarry Kelly, as well as her brother Joe and sister Mary.

Elizabeth, aka Liz/Betty Ann, grew up in the Fox Chase section of Philadelphia, with her parents and siblings. Liz graduated from St. Hubert’s High School for girls in 1955. After graduation she worked as a Bell Telephone operator. It was in 1963 that she met her future husband, Nicholas Forte, and they married in January of 1964. In 1966, the young family moved from Philadelphia to Warminster, where Liz and Nick raised their four children.

Liz had a passion for singing, crafting, writing poems, and volunteering time at Nativity of Our Lord parish. She volunteered as a Holy Duster and a lector at Nativity. She was involved in the Charismatics, prayer groups, and many other parish organizations. Liz had an awesome group of “lady” friends from Nativity, whom all hold a special place in her heart.

Liz is survived by her loving husband, Nicholas C. Forte, whom she was married to for 56 years, and her children, Cathy Balestrieri (Joe), Kelly Anne Lafond (Andy), Terry Forte, and Mike Forte (Tina). Her 7 grandchildren were the light of her life- Danielle, Kyle, Megan, Andrew, Logan, Angela, and Brock.

She is also survived by her sister Ronnie (John), brothers John (Gloria), Bill (Pat), Frank, and Tom (Bobbie), as well as many nieces and nephews.

Under current health guidelines (masks required), relatives and friends are invited to celebrate the life of Elizabeth from 10:30am to 12:00pm at St. Cyril’s Church, 1410 Almshouse Road, Jamison, PA 18929, followed immediately by a Mass. Interment will be held privately at a later date.

In lieu of flowers, contributions and donations in Liz’s name may can be made to the National Alliance on Mental Illness (NAMI) at nami.org.