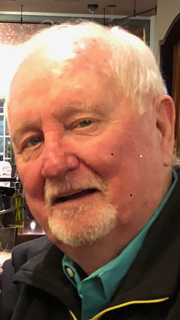 Ernest Richard Clark, 85, died peacefully at home on June 19, 2020, with his wife and children by his side.  Ernie was the only child of the late Lloyd and Bernice Clark.  He grew up in the Oxford Circle section of Philadelphia, graduating from Murrell Dobbins Technical High School in 1952.  He had wonderful, lifelong friends from the old neighborhood who were more like family.

Ernie was a longtime employee of First Pennsylvania Bank, later Core States and First Union, until his retirement.  In 1960, he met the love of his life, Anna Harkins, in Margate, NJ.  They were married in 1962 and shared 57 years of a wonderful and blessed life together.  They moved from Northeast Philadelphia to Feasterville in 1966, where they raised four children.  Ernie converted to Catholicism and was a very active member of Assumption BVM Parish.  He was a lector, one of the first lay ministers of Holy Communion, and a Men of Malvern Team Captain.  He served as CYO president, and coached football and basketball for many years.  He also served on the Board and coached in the Neshaminy Little League and Babe Ruth baseball organizations.

A lifelong Philadelphia sports fan, Ernie was an Eagles season ticket holder since 1961.  He fulfilled two dreams when attending Super Bowl XXXIX in Jacksonville with his son, and watching his beloved team win the Lombardi Trophy with his wife, children and grandchildren in Super Bowl LII.  He was also loyal to his Sixers and Phillies, and a television or radio broadcast could always be heard at his homes in Ivyland and Sea Isle City, NJ .

Ernie is survived by his beloved wife, Anne, and his children: Christopher and his wife Debra, Susan Harrigan and her husband James, Theresa Funk and her husband Albert, and Jennifer.  His grandchildren and great-grandchildren are his legacy:  Brendan, Daniel and Erin Clark; Kelly and David Bontempo and their children Emma, Luca and Kaia; James Harrigan, Jr; Kevin and Ashley Harrigan and their children Gianna and Greyson; and Matthew, Thomas, Andrew, Albert and Michael Funk.

Under current health guidelines, with masks being mandatory, relatives and friends are invited to greet Ernie’s family on Friday, June 26th from 9:00 AM - 11:00 AM at Joseph A. Fluehr III Funeral Home, 800 Newtown-Richboro Road (at Holland Rd.), Richboro, PA 18954; followed by a Mass of Christian Burial at 12:00 noon at Nativity of Our Lord, 605 W. Street Rd in Warminster 18974. Interment will take place privately.

In lieu of flowers, contributions to Assumption BVM, 1900 Meadowbrook Rd, Feasterville, PA  19053, or Nativity of Our Lord, at the above address, would be appreciated.