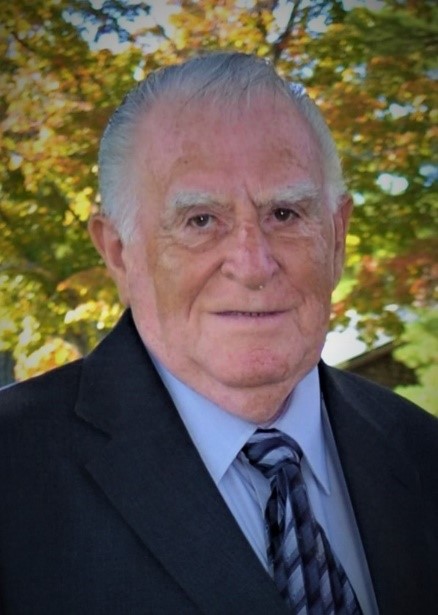 James E. “Jimmy” Grossi passed away peacefully after a valiant battle with dementia on Friday, May 22, 2020. He was 89.

He was the beloved husband to Guida Iafolla Grossi for 59 years.

Born in Villalago, (AQ) Italy, he was the beloved son to the late Emilio and Leondina DiPaolo Grossi, and brother to the late Alberto Grossi.

Jimmy’s father, Emilio, first came to the United States in 1920 to find work. While here, he became fond of the name Jimmy and when his son was born insisted on naming him “Gemi”, Jimmy spelled phonetically in Italian.

Raised in Italy during WWII he experienced many hardships. It was difficult for him to watch the occupation of his village by the Germans. This was the foundation of the strong person he became.

Jimmy first came to the United States at the age of 17 in Nov. 1947. He worked various odd jobs including the bakery at Horn and Hardart’s cafeteria. His first home was in the heart of South Philadelphia, 10th and Christian Street. He returned to Villalago in 1960 where he met his future bride Guida Iafolla. They married in Jan. 1961 and returned to the U.S. to seek out new opportunities. Their only daughter, Pamela, was born in 1962.

Jimmy began working in the garment industry as a presser of men’s suits. He was a hard worker which was recognized by his superiors. He was elevated to shop foreman where he remained for many years until retirement. He worked for major companies such as Botany 500 until they moved operations overseas.

Jimmy will always be remembered for his love of family, friends and good nature.  He had a quick wit and was always the center of attention. His story telling capabilities are legendary. He made friends easily, anywhere and everywhere he went. He often used various accents, dialects and languages to entertain the crowd. He had a photographic memory and could always place a name with a face even after many years. Jimmy projected a tough image on the outside but was actually soft and compassionate on the inside. He was a loving husband, father and grandfather.

As a young man he made lasting bonds with several of his fellow Italian immigrant’s, his amici, comare and compare. They would socialize together and formed a band that played at various clubs throughout Philadelphia. These relationships remain strong even today where the families regularly share holidays, special events and milestones.

In addition to his wife, James is survived by his loving daughter Pamela Hembree and her husband (Jim), and his grandsons Austin (fiancé Amanda Moore) and Christian Hembree.

James’ services and interment will be held privately by the family due to current circumstances.

In honor of Jimmy’s devotion to the Patron Saint of Villalago, San Domenico Abate, the family is collecting donations which will be sent the Confraternita di San Domenico Abate. Donations may be sent to Pamela Hembree at her home address. Alternately, contributions may be made in his name to the Alzheimer's Association at 399 Market Street, Philadelphia, PA  19106.