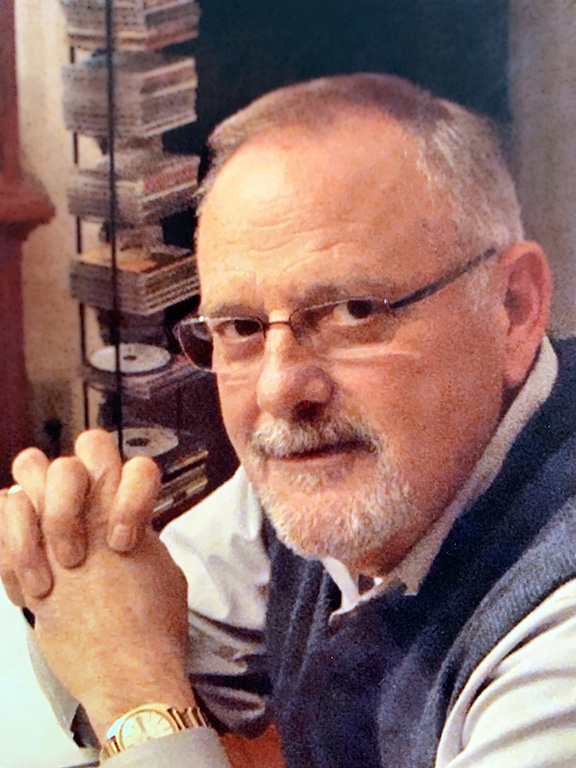 Frederick L. Porter of Warwick, Pa. passed away Wednesday, May 20, at the age of 74.

Fred was born in Oil City, Pa. and was the proud son of James and Mary Marguerite Porter. Married for nearly 49 years to his best friend, Rosemary, who passed away on May 5, Fred was the foundation of his family. He is survived by his loving children, Carita Geib (Paul) and Adam Porter (Krista); his five adoring grandchildren, Julia, PJ, Anna, Ava and Addison; and numerous friends and family.

Fred was a man of honor and was devoted eternally to his wife, God, family and country. The sun rose and set with Rosemary. Every calculated move he made in life was done with her as his focus. Fred was enthralled by her energy, creativity, drive and zest for life.

Immediately following his graduation from Westminster College, Fred enlisted in the United States Navy. He served for almost seven years, flew two tours in Vietnam and retired as a decorated A-7 Corsair pilot. He believed his time in the Navy was a privilege; he loved the men he served beside and the great country he protected.

As his family grew, Fred’s grandchildren quickly became a new focus. His evenings and weekends became busy as he sat by the pool during swim lessons, marveled at new gymnastics moves, cheered “Go Mount Go” on the Schukyhill River as his granddaughter rowed by, hollered and banged on the boards during his grandson’s Wissahickon Hockey games, or yelled “Yes!” as his granddaughter scored a goal during a soccer game. Fred loved how the grandchildren were growing up, their development in the classroom, in sports and in the community. Above all, he valued the fact that they were learning to place God and family first.

Fred was an athlete and fierce competitor. He played baseball and basketball throughout high school and college. As the hips and knees began to wear, the transitioned to golf. Over the years, Fred made it a point to play in annual outings with his closest friends. Nearly every morning, Fred could be found out on the course playing with a very special group of men. He was passionate about the Pittsburgh Steelers, Clemson Football and Swimming, Villanova Basketball, golf and even developed a liking for hockey.

Fred and Roe made sure the front door was always open. His home was filled with faith, music, laughter, good food and drink. He and Rosemary were a dynamic entertainment duo who carried forth long-standing family traditions of hosting Thanksgiving, Christmas Open Houses and Easter holidays. He had a knack for making these big events look so easy and captured all the important little moments on his camera (a tripod always nearby for a portrait).

Retirement kept Fred busy. He volunteered countless hours, with Roe, to St. Cyril of Jerusalem Church. Alongside Roe, he helped establish the Parish’s Respect Life group. He served as a Eucharistic Minister and as a member of St. Joseph’s Society. He was Financial Treasurer of the Knights of Columbus and helped organize and run its annual golf outing and Pancake Breakfasts.

Fred asked his family and friends to remember him by simply doing at least one kind act every day, not focusing on material things, finding forgiveness, sharing a long hug, and simplifying life.

Fred’s life will be celebrated privately with a Funeral Mass at St. Cyril of Jerusalem Church in Jamison, Pa. on Wednesday, May 27 at 11 am EST. For more information you may visit    https://www.fluehr.com/obituary-detail.php?obitid=4267      where all will be welcome join in the Liturgy via live stream (a recording will be available, as well). A memorial celebration to honor Fred and Roe’s life and legacy will be planned for a future date when it is once again safe to bring together all those who loved this couple.