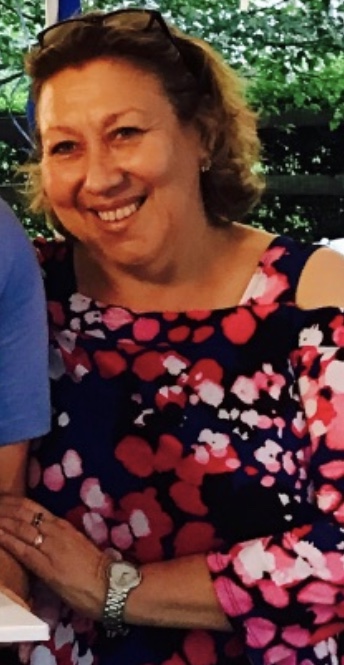 Susan was born on August 13, 1958, in Chicago, Illinois, the daughter of James T. and LaVerne Cudnowski Sygenda.

Susan grew up in Downer’s Grove, Illinois and Atlanta, Georgia.  Susan graduated from Chamblee High School in Atlanta in 1976 where she was a cheerleader and the MVP of the girl’s swim team.  She began her college career in the Honor’s Program at the University of Georgia, before transferring to Temple University from which she received her bachelor’s degree in 1980.  After graduation, Susan enjoyed a successful career in public relations while also finding the time to obtain her master’s degree from Drexel University and her law degree from Temple University.  After law school, Susan worked as a real estate attorney for a Philadelphia law firm and was later General Counsel of Binswanger Companies.

On September 7, 1996, Susan married John D. Benson, Jr., at St. Bernadette’s Roman Catholic Church in Canadensis, Pennsylvania.  In May 2000, Susan and John’s family was made  complete with the adoption of their beloved son Samuel Igor Benson.

Susan was a parishioner at St. Bede the Venerable Roman Catholic Church in Holland, Pennsylvania, where she formerly taught CCD.  Susan was a lover of the performing arts, particularly ballet, the orchestra and the theater, and was a devoted fan of Temple basketball and Georgia football.  Susan loved cooking, gardening, spending time with her family at Buck Hill Falls, Pennsylvania, and Naples and St. Augustine, Florida, and binge-watching Law & Order and Blindspot with her son Sam.

Susan will be fondly remembered as a wise, strong, loving, caring and extremely generous person who always put the needs and wishes of her family and friends before her own.  May she rest in peace.

Due to the current pandemic, Susan’s funeral services and interment will take place privately by the family. The ability to view her Funeral Mass will be available on Wednesday, May 20, 2020 starting at 11:00 AM and is attached below.