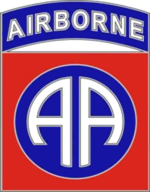 Services and interment will be announced at a later date

Robert Ballinger of Newtown, PA died peacefully at home surrounded by his loving and devoted family on Saturday, March 21, 2020.  He was 90.

Bob was the beloved husband of 68 years to Joan A. Fredenburg Ballinger.

Bob proudly served our Country during the Korean War and was a member of the famed 82nd Airborne.  He worked for many years until his retirement in 1991 from Paul’s Run Retirement Community as the Director of Maintenance.  In his leisure, Bob enjoyed long daily walks, fishing and crabbing with his children and grandchildren, but above all he cherished the times spent with his beloved family and dear friends.  Bob will be greatly missed, but he will be forever remembered and loved as the devoted husband, father, grandfather, and great grandfather he was.

In addition to his beloved wife Joan, Bob is survived by his daughter Janice Frame and her husband Timothy of Philadelphia and his son Robert Ballinger Jr. and his wife Monika of Newtown and daughter-in-law Paula Ballinger.  He is also survived by his five adoring grandchildren Katie Ann, Matthew, Daniel, Brendan, and Michael, his dear great granddaughter Lucy Savannah, his two brothers Lewis Ballinger and William Moan and his sister Nancy Gross.

Funeral Services and Interment for Bob will be announced at a later date.

In lieu of flowers, contributions in his name may be made to the Alzheimer’s Disease Association, 399 Market Street, Suite 102, Philadelphia, PA 19106.