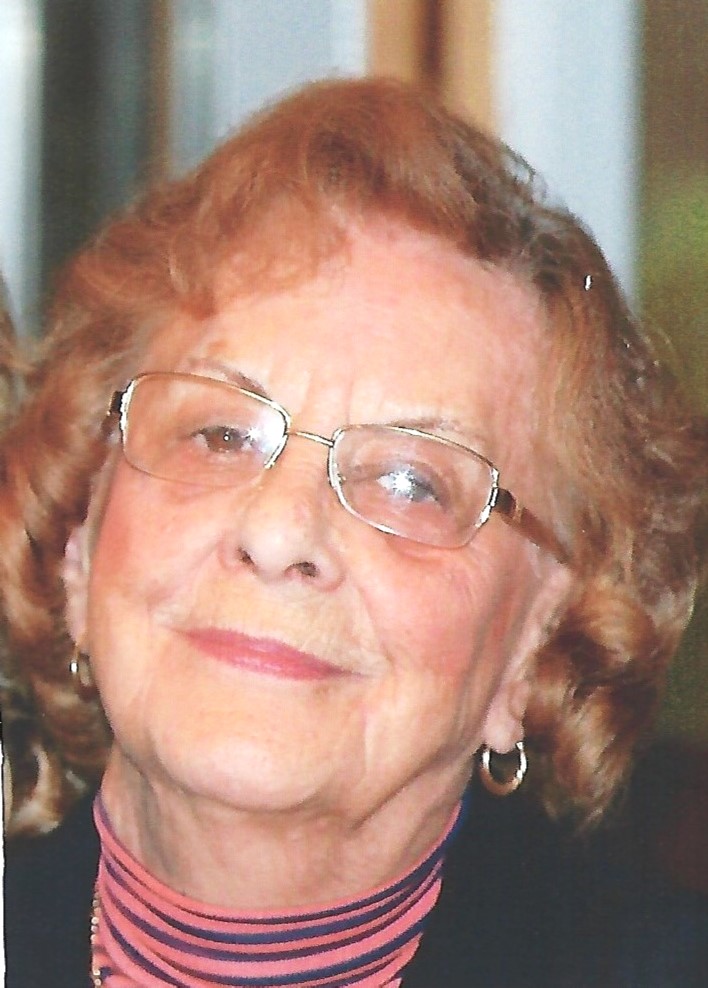 Cora Mae Harm (nee Wieschhause) died peacefully on Friday, January 31, 2020 at home surrounded by the love of her family.

Born in Morrisville, PA, Cora was the daughter of the late John and Anna (Kofsmann) Wieschhause, mother of the late David C. Harm, late Douglas L Harm; sister of the late Evelyn Sooby and sister-in-law to the late Martin K. Sooby.

Cora’s profession was that of a nurturer. Her passion was her family. Picnics, pool parties and raising her children was her primary focus in her young life. When her children had children, she became “Nanny” and no better one has there ever been. She got down on their level and engaged them in a way that has endeared her to them to this day. Then came her great-grandchildren that she loved and adored and treasured every moment spent with them. Cora relished the achievements of her children, grandchildren and great grandchildren and encouraged them all in that calm special way that only she could.

Cora retired from New Jersey Manufacturers and from then on devoted her life to her family. She babysat, crocheted blankets for all her grandchildren and enjoyed flea markets in her retirement. Cora also had a love of Long Beach Island where she had vacationed for many years. She was an ardent fan of The Philadelphia Eagles and watched every game through the years. A night at the Casino and scratching off lottery tickets were also favorite past time. Finally, her generous heart always found the means to donates to St Jude’s every month.

Cora Harm has touched many lives, those of family, extended family, friends and strangers. She loved children and being around them was her greatest gift and pleasure. She had a boundless sense of giving, a sharp wit and a great sense of humor.

Relatives and friends are invited to greet Cora’s family on Thursday, February 6, 2020 from 9:00am, until the start of her Prayer Service, 11:00 am at the Joseph A. Fluehr Funeral Home, 800 Newtown Richboro Rd, (at Holland Rd.) Richboro, PA 18954. Interment will follow at Morrisville Cemetery in Morrisville, PA.

In lieu of flowers, memorial contributions may be made to St. Jude Children’s Research Hospital, 501 St. Jude Place in Memphis, TN 38105.