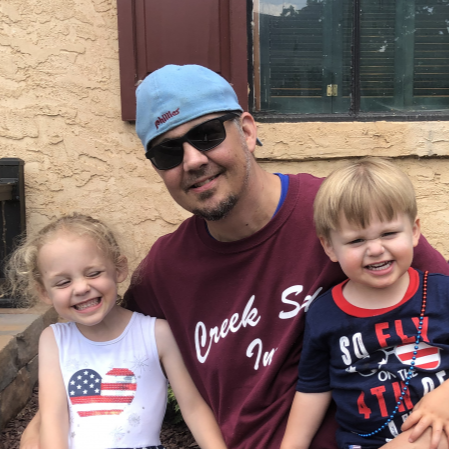 Interment Will Be Private

Christopher D. Willard of New Britain died unexpectedly and with his family by his side on Thursday, January 2, 2020 at Doylestown Hospital.  He was 42.

Chris was the husband of Amanda L. Kline Willard with whom he had shared 9 years of marriage and the father of Harper Lee (4) and Colton Christopher (2).

Born in Mt. Holly, NJ, he was the son of the late M. Lee Willard and is survived by his mother, Nancy Zendt Pericone and her husband, Wes.

Chris was raised in New Britain and was a graduate of Central Bucks West High School with the class of 1995 and while there also played on the basketball team.  From there he would excel with a double major in both Economics and Business at East Stroudsburg University, graduating in 1999.

Chris went on to continue working alongside his father in running their family business, the Creekside Inn in Chalfont, eventually taking over ownership shortly before his father’s passing.

A member of Lenape Valley Presbyterian Church, Chris also volunteered his time there with the Bible School.  He also coached Basketball for the Lenape Valley Basketball Association and enjoyed fishing and spending time on his boat on Lake Nockamixon.

Most of all, Chris will be remembered for his warm smile and huge heart.  He always felt his best when he was giving to others and his generosity was without measure.  When you were around him you felt at ease and you felt loved.  He will be dearly missed.

In addition to his wife, his children, and his mother and step-father, Christopher is survived by his sisters Amy Tielemans (Al) and Amanda Solsky (John); his nephews, Aaron and Xander Tielemans; and his paternal grandmother, Edwina Willard.  He also leaves behind Amanda’s parents, Bob and Odette Kline and a host of other in-laws, friends, and extended family and his beloved Labrador Retriever, Lincoln.

Relatives and friends are invited to greet the family on Saturday, January 11, 2020 from 9:00 AM until his Memorial Service at 11:00 AM at Lenape Valley Presbyterian Church, 321 W. Butler Ave., New Britain, PA 18901.   His interment will take place privately.

In lieu of flowers, donations may be made for the benefit of his children to the "Harper and Colton Willard Special Fund" C/O TD Bank by mailing to or Visiting and TD Bank Location.