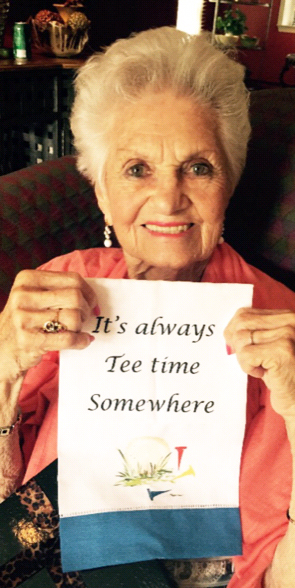 Interment will be private

Virginia N. Bradbury, of Glenside, PA died on Saturday, November 2, 2019, at her home with her family by her side. She was a young and energetic 99!

She was the beloved wife of 53 years to the late John Lee Bradbury who died in 1994.

Virginia grew up in the Germantown section of Philadelphia and was a 1938 graduate of Germantown High School.  She was a master stenographer and married her beloved John Lee in 1941 after mesmerizing him with her beautiful green eyes and so much more!  Not long after marrying, John was called to serve his country in the US Army and was deployed to North Africa and Italy for 3 years.  During this time, Virginia was pregnant with their first son, John, and she moved back in with her parents in the Mt. Airy section of Philadelphia till the “Love of her Life” came home in 1945.

When John finally returned home from the war, they moved to Germantown where they lived for several years before moving to North Hills in 1955 where she settled in and raised her family.  Ginny shined in being a wife and raising her children and was a member of North Hills Country Club for over 60 years.  Ginny enjoyed many days and parties there with family and friends (called the Poopy Group) at the golf course and pool.  Golf was a passion for Virginia! She was a talented golfer and had the rare privilege of getting not just one but FOUR Holes in One.  She was a lover of life, love, good times and family.  She lived life to the fullest sharing her smile wherever she went!

Her family will receive relatives and friends from 1:30 PM until her Memorial Service 3:00 PM on Sunday, November 17, 2019, at the Joseph A. Fluehr III Funeral Home, 241 East Butler Ave. (at Sandy Ridge Rd.) New Britain, PA 18901. Her interment will be held privately.

Following the service all are invited to attend a Celebration of her life at 4:00 pm at the North Hills Country Club, 99 Station Ave, Glenside, PA 19038.

In lieu of flowers, contributions in her memory may be made to Young Life Capernaum – giving.younglife.org/CamdenCounty St Ambrose Dance Marathon – saudm.org