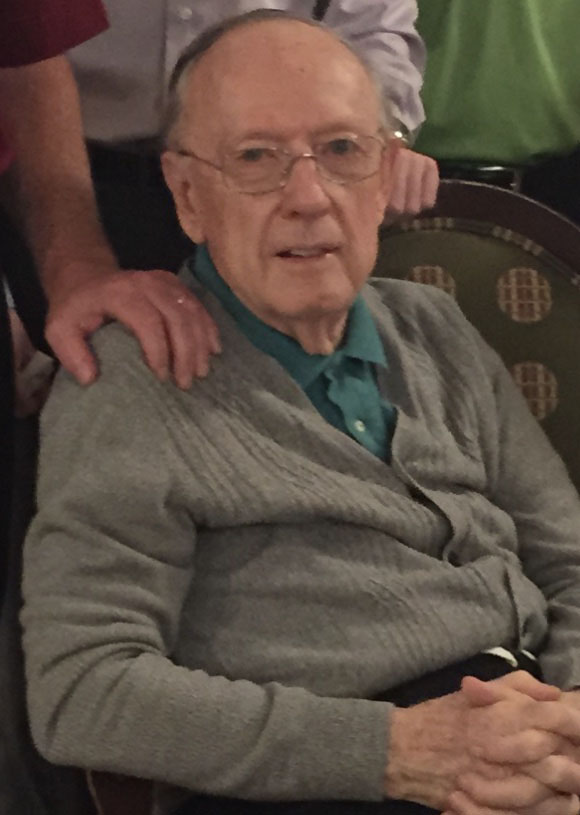 He was born in Philadelphia, the second child of the late Earle Kiefner and Helen (Donovan) Kiefner, and was known as Buddy to his older sister Patsy and younger brother Bruce, who both predeceased him.  Dick grew up in the Feltonville section of the city and attended St. Ambrose grade school and graduated from North Catholic High School in 1950.  As a young boy and teenager, he worked at Gold’s Pharmacy where he was encouraged by Mr. Gold to go to pharmacy school.  He took Mr. Gold’s advice and graduated from Temple University’s Pharmacy School.  Dick also worked in the pharmacy filling prescriptions during his tenure in the Navy, where he was honorably discharged.  He later became a pharmaceutical sales representative specializing in cardiovascular drugs for Merck, where he retired as an Executive Health Science Associate after 44 years.  After retirement, he became an avid moviegoer, but the pharmacy bug bit him again and he worked for Express Scripts, a pharmaceutical prescription processing company, where he made many new friends among his co-workers.

Dick met Marge, the love of his life, on a blind date in 1959 and they married in 1960.  After getting married, they lived in NE Philly and became friends for life with their neighbors, the Goodnaw Street Gang.  Dick and Marge later moved to Holland, PA in 1970 where they raised their five children and Dick, with his trademark crew cut, became active in the community, coaching his kids’ sports teams and helping start the CCD program at St. Bede’s, where he was a devout parishioner for 49 years.

Dick was the ultimate Philly sports fan, passionately rooting for each of the city’s professional teams.  He also never met a salesperson he didn’t like, and he was legendary for sharing stories and pictures of his children and grandchildren with family, friends, co-workers and strangers alike.  He was his grandchildren’s biggest fan and faithfully attended each of their events, taking photos with his Kodak disposable cameras.  Dick’s kindness, infectious laugh, and presence will sorely be missed.

In addition to his beloved wife, Marge, Dick is survived by his children: Anne Marie Pettit and her husband Joe of Holland, PA; Richard and his wife Sharon of Meridian, ID; Anthony and his wife Kellie of Mt. Laurel, NJ; Steven and his wife Susan of Bethlehem PA; and Vincent and his wife Norma of Berkeley Heights, NJ.  He is also survived by his 11 cherished grandchildren: Meghan, Shane, Adam, Hope, Mary, Brenna, Caitlin, Ciara, Patrick, Casey and Emily.